on September 18, 2017
Introduced on June 5, 2017 at the Worldwide Developers Conference, iOS 11 is the next-generation version of iOS. As Apple CEO Tim Cook said on stage, the update takes the best and most advanced operating system and turns it up to 11.
iOS 11 brings subtle design changes to interface elements throughout the operating system. Text is bolder, apps like Calculator and Phone have a new look, and the Lock screen and Control Center have been entirely redesigned.

The Control Center is customizable and there are options to include a wider range of settings. It's no longer split across multiple screens, and 3D Touch integration has expanded, so you can do more without needing to open the Settings app.

As for the Lock screen, it's been merged with Notification Center. Swiping down on the screen to access notifications now brings up the Lock screen. Today view continues to be available with a side swipe, and everything generally looks the same -- there's just no separate Notification Center anymore.
Siri has a more natural voice and is more intelligent than ever. Siri learns user preferences and syncs that information across multiple devices, allowing the personal assistant to learn more about you and anticipate what you want. Siri can also translate English into different languages like Spanish and Chinese, and there's deeper Siri integration with Apple Music.
For the iPad, Apple has introduced a host of new features that make it more capable than ever before. A persistent Dock at the bottom of the display a makes it easy to launch and switch between apps, and there's a new App Switcher that's similar to Mission Control on the Mac, letting you see everything you're working on at a glance. For iPad Pro owners, the Apple Pencil does more, and several apps, like Mail and Notes, support inline drawing.
Drag and Drop lets you drag content like images and links from one app and drop it in another, and on both the iPad and the iPhone, there's a new Finder-style Files app for managing files. Files lists all files stored locally, in iCloud Drive, in apps, and in third-party cloud services like Dropbox and Google Drive.
There are new keyboard features, like a one-handed keyboard on the iPhone and a "Flick" option for typing numbers and symbols more quickly on the iPad, and many of the built-in Apple apps have new functionality and feature updates.
Notes includes searchable handwriting and document scanning, Maps gains lane guidance, speed limit info, and indoor maps for malls and airports, while Apple Music includes a new feature that lets you see what your friends are listening to and share your own music. The Memories feature in Photos is smarter than ever, and in the Camera app, Portrait Mode and Live Photos have been improved with new capabilities.
HomeKit now supports speakers and there's a new AirPlay 2 protocol that includes multi-room functionality. Do Not Disturb has been expanded to encompass driving, muting notifications while a vehicle is in motion, and Messages has been improved with a new App Drawer that makes it easier to access Messages apps and stickers.
Messages is also gaining support for a new person-to-person Apple Pay feature that lets you send money to friends and family right through an iMessage, and iMessages themselves will be stored in iCloud in a future update to iOS 11. Photos and videos also take up less space through the adoption of new HEIF and HEVC formats.
The App Store has been completely revamped in iOS 11, and there are now two distinct sections for apps and games. There's also a new "Today" view that features new content on a daily basis to make it easier to discover fresh apps and games.
Apps can do a whole lot more thanks to several new APIs Apple is introducing, including CoreML and ARKit. CoreML provides machine learning tools to developers, while ARKit lets developers build complex and richly detailed augmented reality features into their apps.
iOS 11 will see an official launch on Tuesday, September 19. 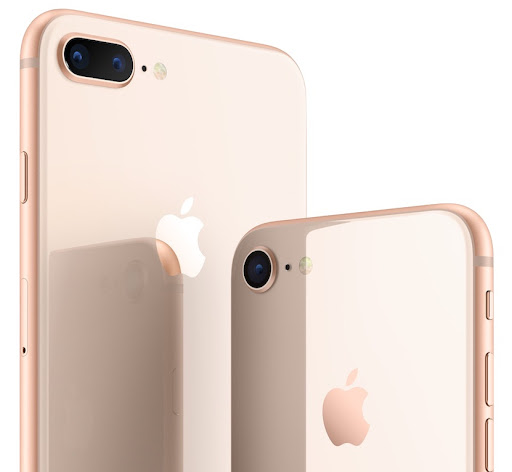